You are here: Home / Writers / My Top 7 Novelists: List of Favourite Authors

There is a body of opinion, without consensus, on who may be the best novelist. This, however, is a personal post. This list has no credence. It is in no order. It is simply my most favoured list of writers, which possibly says more about my reading habits than the writers themselves.

1. Charles Dickens. A fascinating character himself whom history has not treated well yet Dickens was a master craftsman of characterisation set in an historical time. Epic works of fiction that were close to truth, and in hindsight, paint a lifelike picture of the times, it’s society and it’s people.

2. John Grisham. A magician of courtroom drama, Grisham has managed to create palpable tension in his books. I was not able to enjoy his forays outside that space but he is a gripping storyteller.

3. Sarah Paretsky. Sometimes you just want to escape into a book. You don’t want to admire it, or learn from it, or be educated by it. You just want to switch off and be taken somewhere else. Paretsky engages readers with her gritty female P.I. and takes you on a rollicking good yarn with real language and stories just deep enough to be entertaining.

4. J.K. Rowling. Speaking of escape, the Harry Potter series is a literary legacy of fantasy, humour and empathy with good triumphing evil. A children’s story so successful with adults that the publishers had to reprint them in adult covers! Pure page-turning fiction and fabulous characters: it all works.

5. J.R.R. Tolkein. The Hobbit was the first book (and series) which opened my eyes to the magic of fiction and writing. I read them in my teen years and that wonder and awe has always stayed with me long after the words were forgotten. Being able to be transported into make-believe and so enjoy the visit that you felt it was real: how magical is that?

6. Colleen McCullough. Admittedly, I’ve only read The Thorn Birds, but
I read it while travelling overseas and it was so incredibly well written that I became very homesick. Colleen caught the quintessentialism of Australia. Easy to read, Colleen wraps you up in the pages and evokes emotion.

7. Bryce Courteney. One of the most helpful, kind and supportive people I’ve personally met, Bryce had an amazing gift which he developed for storytelling. A former Advertising a Copywriter, he was a master at embellishing the truth and, working to the market. His writing gathered you up and took you along with the story.

I’ve read many other authors and have enjoyed a good number of them. These group however are the ones so far who have left me with memories and inspired my emotional connection with books. And isn’t that the point of writing? 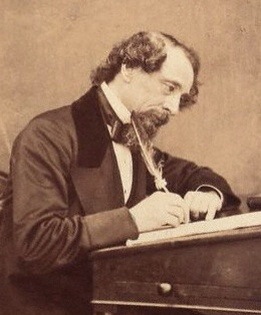